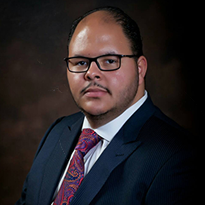 Chance D. Lynch, Esq. is a native of Enfield, North Carolina. He graduated from Northwest Halifax High School and earned an English degree from North Carolina Agricultural and Technical State University, Greensboro, North Carolina. After interning on Capitol Hill for Congressman G.K. Butterfield and the House Homeland Security Committee, he attended North Carolina Central University School of Law, where he earned his Juris Doctor and was licensed to practice law.

Lynch began his legal career as an Assistant District Attorney in Halifax County. After serving the citizenry of Halifax County, he entered the private practice of law with the Chichester Law Office. There he practiced criminal and civil litigation in eastern North Carolina that include Halifax, Northampton, Hertford and Bertie counties. His experience as a prosecutor afforded him a different perspective that proved to be beneficial for clients he was privileged to serve.

Knowing What to Expect from North Carolina Court Procedures

Dealing with Insurance Companies after You’ve Had an Accident